From impressive outings on DPR & Jellybean Farm alongside his fledgling series of self titled Krotone records. Krotone is an artist cutting a path for himself, with heavy analogue beats, no nonsense rhythmic bass driven music that sits between modern takes on classic Garage, House and Techno. We wanted to jump in early and get the skinny on one of our favorite up and comers.

It’s really hard to nail you down to a particular sound or idea. How would you explain your sound for people who don’t know you?

I’ve been obsessed with club music since a young age, House, Techno, Breakbeat, Garage, Jungle, Dubstep etc… They have all had a huge influence on me so naturally when I make tunes certain elements just come into place and I keep the idea flowing in that direction. Coming from Leeds i’ve also spent a fair few nights at subdub over the years so that’s mainly where the dub/bass driven side of it comes into play. I try to make sure my production has weight to it. The tunes are made with big systems in mind.

How do you like to work in the studio?

I’m a hardware person, I used to use software but nowadays it’s a full hardware setup. Every tune on the krotone series has been recorded live straight from the mixing desk. I have an elektron sampler, a few synths and some effects units. I’m not a hardware snob, I just enjoy making tunes a lot more with hardware. Hardware can have its limitations but that’s not always a bad thing.

Absolutely, the Elektron machines have a unique way of working too which I find particular expressive once you get your head round it. How do you use the Elektron?

Ye I have the digitakt and it’s basically the centerpiece that brings everything together, if I don’t play the synths and record/chop it I sequence them through it. I find the workflow spot on for the way I work.

Your records always have a rough edge to them, thick and rhythmic. How do you get that sound?

The rough edge mainly comes from the sounds I use. I always tend to lean to the more intense sounding drums/percussion when making tracks. I also like using a lot of real drums to give it a thick sound. Adding saturation too and that works well crunching up drums. The rhythm for me is probably the most important thing in my production. With it being a club focused sound the whole point is to create rhythms you can get locked into.

What do you usually use to add a bit of saturation and distortion to tweak things?

I’ve got an analog heat it works a charm for distortion/saturation, great piece of kit.

Has any new kit or software changed the way you work in 2020?

No new kit for production in 2020 yet. Although I’ve recently picked up a Xone 96 mixer, having fun with that.

After three strong self titled EP’s what other labels are you working with?

I’ll be releasing some garage material on the legendary DPR label. Shout out to noodles the guys a don. I’ll be releasing a tune on the SYN12 first release which will be a compilation, top lads from Leeds so looking forward to seeing that get released. Also working on a release with Of Paradise at the moment, excited to get some music out with those guys they’ve been supporting my stuff a lot recently.

What was your inspiration for the latest record? any artists that inspired you? or production techniques or equipment that drove the creation?

Goal for the latest record was mainly just to keep the Krotone sound pushing forward and showing people the sort of sounds i’m into. B2 has a bit of an Ilian tape influence, always been a huge fan of their sound. A1 / A2 are more dance focused bringing together different elements from dub house/techno and B1 has more of a garage swing vibe.

Any go to kit / software, and can you share any tips on using it?

Go to kit at the moment for the big dub echos is the Boss RE-20. Everyone would love the original but it’s also a fortune to get hold of one. The boss pedal is good enough for getting those big echos and reverbs. 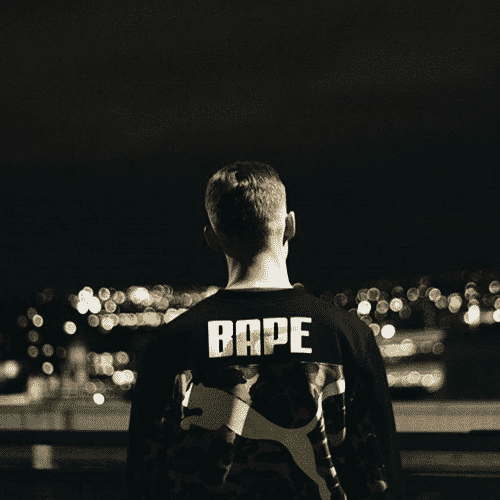 Do you have a mixing desk? if so which?

I’ve got a yamaha mixer. It’s done me well! I don’t integrate it into software. I just record the master out and the tune is good to go. In terms of mixing down I just make sure everything gels together nicely. Some people will spend weeks mixing down and it can drive you a bit mad but it’s good to try do it as I go along and just tweak it before recording the final version.

Do you work with stuff on the bus, compression or do you keep the dynamics as they come out of the desk?

I keep the dynamics as they come out, mainly because with the digitakt and heat slightly compress so I wouldn’t want to over do it, I think over compressing sounds too much personally. I leave the final compression to the mastering engineer.

What kind of monitors do you work on? are acoustics important to you?

I own a pair of Pioneer S-DJ05’s I’ve had for 7 years this year and I can’t really imagine not making krotone tunes with them. They helped sculpt the sound! The room is not fully treated but I’ve lived in high ceiling rooms for years so I’ve just got used to the sound bouncing around a fair bit. The studio is in a flat in Leeds.

All of your work so far has been singles and EPs, have you ever considered working in LP form. What does an LP mean to you?

A few people have asked me this question. In short, I’d love to make an LP. An LP to me means a full body of work and it’s supposed to tell a bit of a story start to finish, I’d probably break it up between my usual sound and then more atmospheric stuff in between.

How would you say you have improved as a producer this past year? Do any big lessons or steps forward jump out at you?

I would say a key thing for me is just going with what you believe in. There’s always going to be people telling you your sound doesn’t fit on their label or it’s not this genre etc.. but for me that’s a good thing. Having your own take on things is what makes things more interesting. Just be humble with your own sound and if people like it it’s a bonus. The aim in starting up my own label was to get my stuff out there and the feedback has been great so far so I couldn’t be happier.

How have you seen your sound evolving recently and where do you want to take it in 2020?

Erm, good question. Not too sure myself of where I want to take it, I guess just keep making tunes like I am now. I enjoy making more broken up tunes as much as I do 4×4 stuff so probably just try to keep that balance too. Although a lot of stuff I make falls within a BPM range I like to switch it up.

Do you feel that exploring new sounds is important to keep your music fresh?

Yes, even if you end up making things that aren’t your usual go to it’s also fun which is a main part of making music. Sometimes exploring stuff on the synths takes you down the rabbit hole and you come out with some top notch sounds to sample/sequence.

Can you clue our readers into any future stars you are lovin?

I’d say more future stars as these guys are already killing it:

Al Wooton – This guy is killing it with his own label at the moment, quality sounds every time.

Holloway – Been in touch with holloway for a while now, top lad with tune after tune. Happy to see him getting on labels like Dr banana and Instinct.

Dubrunner – Making moves in the leeds scene and putting out some top production at the same time as working in Tribe (Best record shop around, big up Simon & Mike & Alex)

What’s next for you?

Keeping the label going is the main focus but I’ve also been toying with the idea or starting up my own night for quite a while, maybe 2020 is the year!