You have just written your new track, you were jamming in the studio for days to get it just how you want it,  you’re listening to it on repeat and you love it… it’s time to send it to a few friends.  The reaction isn’t at all what you had hoped for THEY HATE IT, politely they say it’s “missing something”, lacking something or needs more energy – obviously they are all wrong, for **** sake how could they not get it?  You put your heart into this one – it has to be great… doesn’t it?

We have all been through this, and it’s quite normal; the creative process is fickle and hard to control so you can’t and won’t be right all the time.  It is easy when this happenes, to think that everyone else is wrong and end up leaving the project unfinished – it’s the way we wanted it and that’s got to be enough right?  Well, if you’re just making music literally for yourself then sure, that’s a perfectly valid way to think.  If, on the other hand, you’re looking to improve your skills, craft and to make music that not only you enjoy yourself but that others might enjoy too then your Ego is damn well getting in the way.  We tend to cling to our creations, we love them, and when we hear them our mind is using our imagination as much as it is our ears, so we miss things – we glaze over unfinished tracks and so on, this is something natural to everyone it is just the way the mind works, but it’s also an area that true professionals manage effectively by knowing when they have taken a wrong turn, and knowing when to turn back… not just finding out what went wrong and how to fix it, but also who to trust when you listen to people and what to take from there comments.

It’s totally natural for people to avoid failure and therefor reject feedback or just ignore it…or even worse avoid ever getting any!  It can even be our natural instinct to deny and ignore unwanted problems when they are right upon us.  It is not a good feeling, our Egos find it hard to accept it and when it happens it often means extra work.  So, how is it that failure could be important and be a step on the road to success? Read on and I will talk about how getting over your own Ego and fear and recognising failure as something to be processed, worked through and analysed – it can be the most rewarding and powerful tool when it comes to being red hot at what you do.

Failure might be a strong word to use and I do use it on purpose as there has to be a certain snapping out of your Ego when you are striving to be artistic – you need to be able to admit you failed and that not become a problem what so ever.

When we realise and admit we have failed our thought processes change.  The stress and uncertainty are bypassed at that point and we can be analytical about what may be wrong.  Failing doesn’t have to be the end, it’s just a moment of clarity, and once you get your Ego out of the way you can learn to fail quickly but keep moving forwards.  It’s never a judgement on you as a person or your ability to write songs so tell your emotions to shush.  We all write poorly sometimes, maybe a lot of the time, just working it through.  I know many legendary artists who output much less than 50% of the tracks they make.  That’s not a failure – more the ability and experience to know what is good enough and what isn’t.  The creative process can sometimes take you through many ideas before you hit on something that is  worth sharing. In fact I would go as far as saying if you’re sharing EVERYTHING you do with the world on sound cloud or something else then maybe your quality control is not quite as high as it should be thats your personal call but know it has a huge impact on your future.  It’s good to fail as it lets you grow as an artist and a person.  To fail in the same area a little less in the future and to learn new areas in which you can start to improve.  A track can change direction for the better, a weak track can be ditched so you can make your break-through hit in half an hour the very next day none of this can happen unless you listen, realise and move on.

Failure is just the point at which you stop digging and climb out of the hole.

Why letting go of ideas is hard. But so important

As I mentioned earlier it’s natural for us to become attached to our ideas and creations.  Something about the creative process really empowers you, and when you think you have realised something great that’s a hard thing to let go of, even when it’s not working in the scene of your overall song, you wrap your emotions up into it and that makes everything much more difficult to let go of.  It’s important to look at the Track or song you’re creating as it’s own entity – your riff was brilliant, but when it’s in the song, if it’s really slowing things down and dragging it back you have to cut it, however brilliant the riff is!   Save it, write another track around it, whatever, but always keep in your mind’s-eye the track you’re working on – it should be a reflection of you but it is not actually you, so let it be it’s own entity and realise some of the music you’re making might not be for the song currently being worked on at that moment.  However difficult, try to remain objective and un-emotional in part of your head.  As it is vitally important you put a lot of emotion into your work you can now see why it is so difficult to also remove it from the decision making?  That’s why we often have to rely on the help of others.. 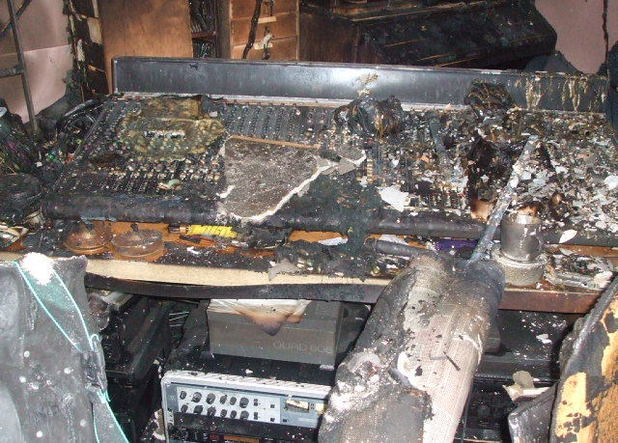 Getting that objectivity is the only route to real success

Being able to have that sense of perspective on your own work is incredibly important so there is something you can do to really help you.  As I mentioned you need to have an inner circle of people you trust to give you objective feedback.  This sounds simple but it’s not just about sending it to a few friends, you need a very specific type of person, someone who knows what you are trying to achieve and understands that style and vibe because even the best artist in the world can send you astray if they don’t understand the type of music you are trying to make.  The decision on whose advice you take and whose you do not is important, knowing the person who is talking aback to you is something you should really try to nail down, you should be thinking like “Bob always listens on iphone speakers but he has a good ear for a catchy rhythm – so ignore his mix comments but if he think its boring then you should tweak your melody.  Ryan is a mastering engineer – if he says the kick is too quiet…its too quiet.”   Someone who has the knowledge of production and also imagination to be able to listen to an unfinished track and still concentrate and visualise  where you are going without getting caught up hearing faults in the unfinished elements is priceless, they can take into account not only the stage you are at in the production process, but also the style and finished track you are aiming for.

A lot of your friends will just tell you it’s “good” as they don’t want to upset you and maybe they  don’t have the time or energy to explain the faults. It can be terribly harmful to listen to this kind of opinion and feedback – especially when you’re still learning.  So when you  find the people who seem to “get it” don’t pull any punches and deliver feedback in a way which gives you new routes forward.  These people are like gold dust so when you find your inner circle look after them, beers, bbq…the full VIP treatment!

So you have mixed this track down 5 times – each time, there’s something wrong, it isn’t fun at all and you don’t think you can keep on going. I know that feeling; it can be hard indeed sometimes to get things right – and first time success is rare. But if you are feeling like this, at least you know you are being honest to yourself, you need only watch the opening shows of X Factor to know where delusion gets you. (Often all the way to the final)

Humans tend to lie to themselves a lot.  Self-delusion will hold you back indefinitely – if you’re happy with your work but others are not, then you need to raise your game if you want to go anywhere.  Just doing the best you can do often isn’t good enough you really have to push yourself.  The more honest you become with your music the easier you will find it, and this is difficult and there are so many biases in our lives and instincts which make it hard for us to recognise truths.  Our Ego, self-delusion and lack of perspective on what you’re trying to do, these are killers.  If your sat thinking you don’t suffer from this…you’re wrong…we all do!  Even the best artists, in fact those even more so.  Once you can be honest with yourself about your creations you move forward it is a liberating feeling to finally let go and with the next action succeed and everything locks into place.

Finally be selective and careful what you present as your public face, consistency is key – present boring or flawed music too often and you’ll soon be ignored off hand by people.  People are fickle, and music isn’t only about the sound of your last song. The human brain plays a lot of tricks and bias is rife within music its so intertwined with peoples emotions and thoughts.  That’s why big pop acts use image and branding to great effect selling poor music by the millions, people are so easily lead.  To look at it in a more wholesome way – you need to realise that the whole package of how you present your music and how you portray yourself matters more than you appreciate.  Try and do things for the right reason, be natural and be yourself, and put love and care into your music and you will be fine. If your faking it and just trying to do something to gain sucess…people see that in so many different ways you may aswell billboard it, that is unless you can afford the experts the major labels use?