Delia Derbyshire was the woman who created one of the most familiar television title themes of the last 50 years.

The music for the TV show Doctor Who has aged remarkably well, despite it’s constant play over the last 5 decades, largely due to its distinctly strong melody and rhythm section. Although her legacy lives on to this today, with the mood of the original version still felt in the latest offering of the piece, she was a hugely under-rated artist who never really saw the recognition she deserved. She was a true pioneer of electronic music who should be regarded with the same stature as the greats of electronic music, such as Henry, Schaeffer, Stockhauen, Kraftwerk and Moroder. 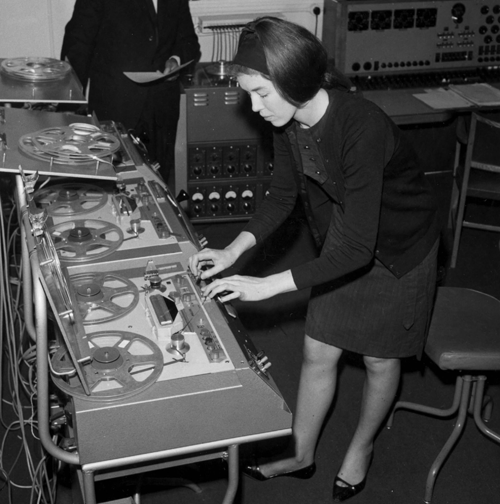 With links to a hugely diverse list of artists: Paul McCartney, Yoko Ono, Orbital and Pink Floyd, it is quite astonishing to discover that her career almost took an altogether different path when in 1957 Decca records refused her the opportunity to work in their studios as they regrettably informed her that they did not employ women.

Dissillusioned, she immediately began working for the UN in Geneva but she returned to England very soon after to once again attempt to work around her true passion, music, with the music publishing company Boosey & Hawkes. Knowing of the existence of a department within the BBC called the Radiophonic Workshop, Delia was drawn to the corporation in 1960. At the time the BBC did not employ anyone within the workshop’s department for more than three months, as Derbyshire stated in a rare interview with Surface Magazine in May 2000, “they thought it would send people crazy”. 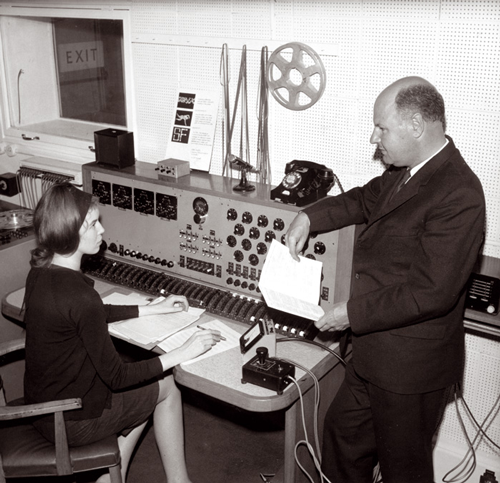 Three years after starting in her post with the BBC as trainee studio manager, her skills as an alchemist of sound were eventually identified and she was offered the opportunity to turn a melody written by composer Ron Grainer into something which could be used as the title music for a new TV show called Doctor Who. 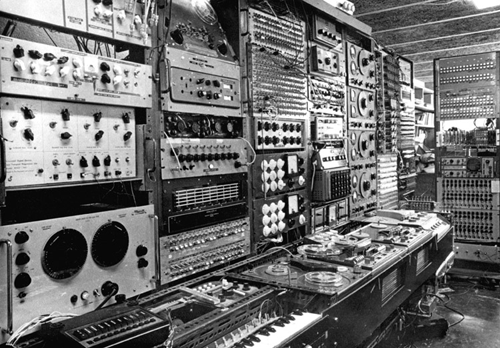 When Derbyshire was to play the newly completed piece to the original composer of the melody he asked, “Did I really write this?” to which she responded “Most of it”. By today’s recording industry standards this would be referred to as Delia’s remix,  and for it she would rightfully receive critical acclaim, but as this was 1963 and the concept of remixing was some decades away and as the BBC preferred to keep members of their Workshop anonymous and uncredited, the BBC’s acknowledgement of Delia’s ground breaking work was somewhat minimal. Grainer believed Derbyshire should receive half the royalties for the work she had produced but this was not to be the case.

As this was a time before mass produced synthesizers many of her sources were far from typical.

She famously sampled the sound of a green glass lampshade, taking away the attack of the percussive sound by fading in the recording and layering different filtered versions of the pre-recorded lamp shade sound to create a cacophony of sound and used as part of the sound design in a BBC programme about people around the Sahara desert.

“My most beautiful sound at the time was a tatty green BBC lampshade,” she asserts. “It was the wrong colour, but it had a beautiful ringing sound to it. I hit the lampshade, recorded that, faded it up into the ringing part without the percussive start.  I analysed the sound into all of its partials and frequencies, and took the 12 strongest, and reconstructed the sound on the workshop’s famous 12 oscillators to give a whooshing sound. So the camels rode off into the sunset with my voice in their hooves and a green lampshade on their backs.”

Following Delia’s death in 2001, there was an incredible find in her attic. A cache of 237 tapes including an experimental dance track on which her voice can clearly be heard, “this is for interest only”. Upon hearing the recording Paul Hartnoll of Orbital found it to sound so contemporary he believed it could easily pass as a modern recording. He believed that it “could be coming out next week on Warp Records”. Manchester University are currently digitising the tapes so they can be released to the public as an archive of her work.

Clearly a visionary with an unparalleled original mind, Delia was the catalyst for many sound designers and composers of avant-garde music the world over.

Her work can be heard on the 2002 BBC compilation, The BBC Radiophonic Workshop CD.{jcomments on}

About the Author: Suddi Raval